94 is a start-up journey blog series that captures Jamie’s first weeks at Amplify during the summer of 2018. The summer of 2018 was the soft launch of Amplify Advisors & the blog captures the weekly journaling of a Co-Founder. 94 has been released one year later as a reflection of how far Amplify has come in one short year. 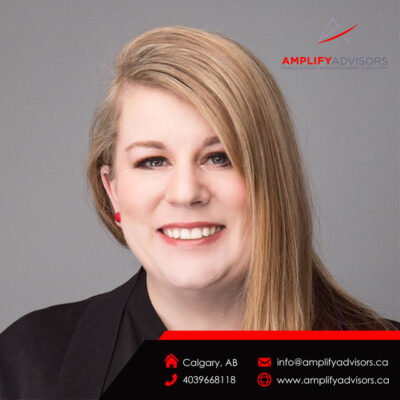 Between June 27 & Aug 8 I wrote a weekly blog about my experience starting a business. This was all written when I was still on a 2-day/week controller contract at Bearhill Brewing. It was pre-launch as Jesse remained at Deloitte until October 15. So much has changed since last summer. Amplify has come so far! Now I’m often busy in my CFO contract with Bearhill but I remain dedicated to Amplify too. Thankfully with Jesse & an epic team & great support. It’s all been an amazing journey & we are still in very very early days! (But not as early as these!!)

The blog is called 94. The 94 refers to the year 1994 because that was the first time I became an employee or had an employment contract. I got my first job when I was 14 years old at the family restaurant Bonanza (who remembers this place?), and since then I’ve always held one, two, even three jobs. There has been no gap or exception to that until June 27, 2018.

At 38 years old, I left Deloitte after much thought, a long transition period and a very difficult decision.

Risk minimization framework suggests if you don’t do the frightening thing and give it a shot, the risk of always wondering is higher than any chance of failure, so I took the leap! Thankfully, I started my first contract the day after I left Deloitte and had some other possibilities for work but that’s not the same as an employee contract!

Our official launch for Amplify Advisors was planned for September (for many many reasons) but the first few weeks documented in this blog are my summer days which consisted of reaction, building, one contract and all the other start-up things!

HERE ARE THE LINKS TO ALL THE BLOGS IN THIS SERIES: